On June 3 Jerry Schneider flipped a switch and the newly installed Solar Photovoltaic system at TBI was connected to the grid and producing electrical energy that will reduce the temple’s utility bills and green house gas emissions. The 9.2 kW rated solar system will generate enough power to offset about 80% of the temple’s annual electrical energy usage. 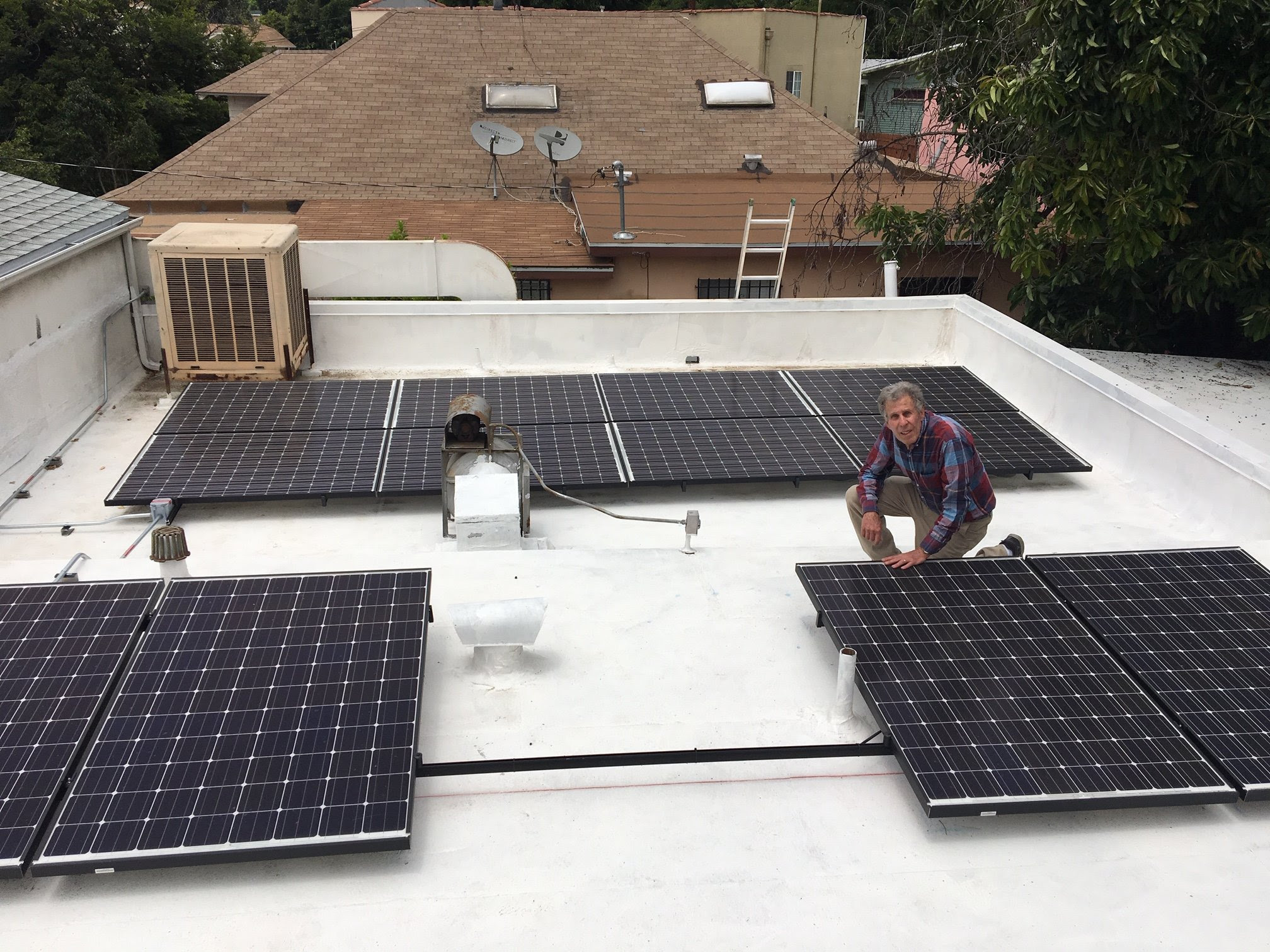 The installation was made possible by a generous gift from Jerry and Gloria Schneider specifically for this project. It is a gift that will continue giving for the 25-year life of the system. Jerry has been a long time advocate for the environment, following what he recognizes as the commandment in the Torah to be a steward of our planet.

Jerry started his work to move TBI on a greener path back in 2004 with the plan for a mostly California native garden, that has helped to reduce water and other resource usage related to maintaining our landscape. Jerry new that use of native plants would be aesthetically pleasing while beneficial to local wildlife, including birds and butterflies. 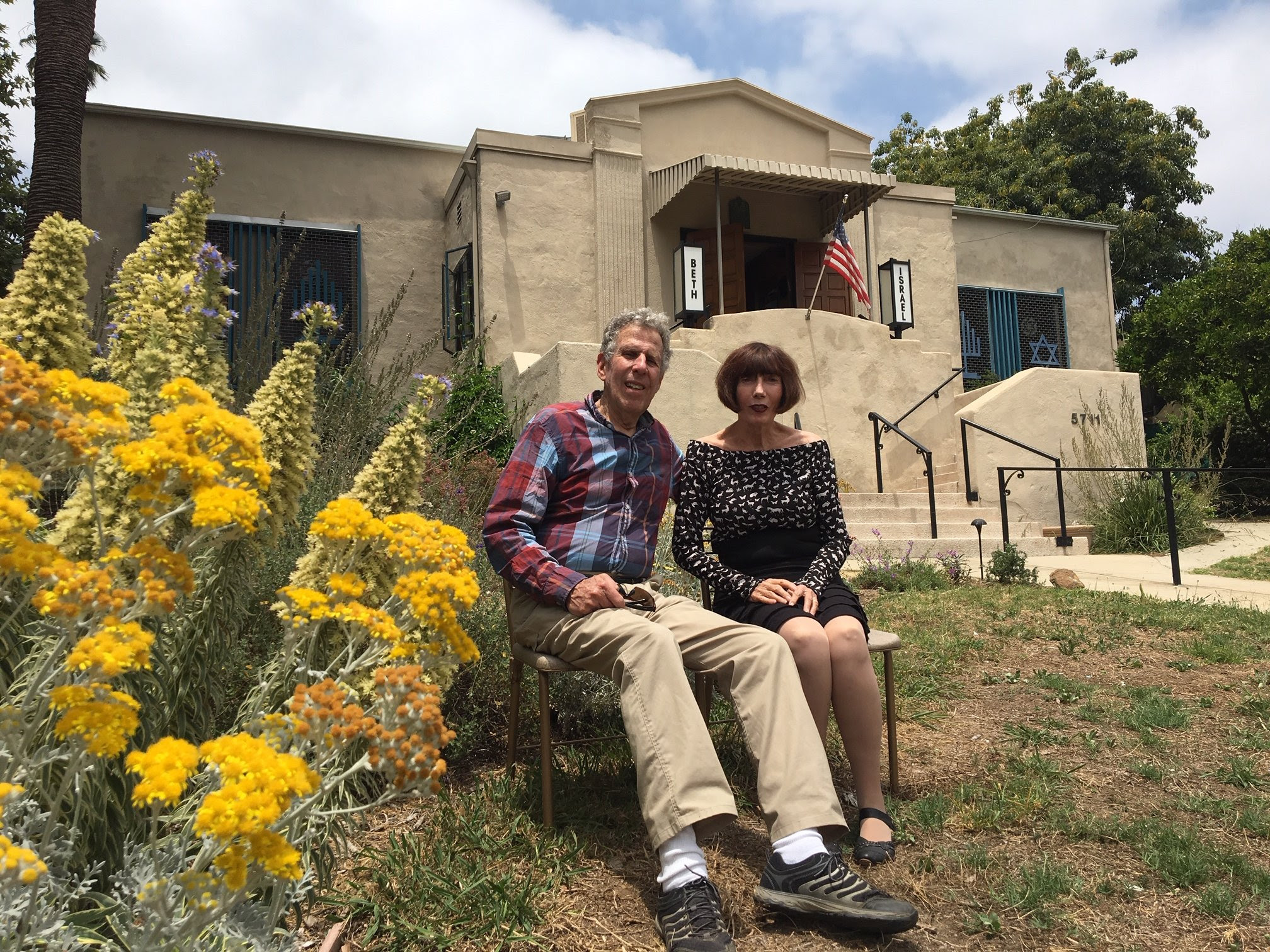 Adding a solar PV system seemed like thing to do to Jerry, but the he had to convince the Board of Directors that this was feasible given the Temples tight budget. Jerry’s argument’s were persuasive: Jerry and Gloria were offering to pay the entire system cost, and the LADWP Solar Incentive Rebate would belong to the Temple to offset other building maintenance costs.

The LADWP rebate program was expiring at the end of 2018, and the Board authorized Jerry to put in December just in time to secure a rebate reservation. The rebate allowance for non profit, tax exempt organizations was almost four times that for residential customers, and would pay for more than one quarter of the total installation costs. The fact that the system would be reducing TBI’s utility bills going forward for the next 25 years, as well as setting an example of environmental stewardship for our members and the local community, were added selling points. The TBI Board members saw the benefits and wholeheartedly accepted Jerry and Gloria’s offer.

Jerry and Gloria Schneider contributions to TBI for the solar system are examples for other members. They were able to reduce the cost of their contribution by donating appreciated stocks, avoiding capital gains taxes, and listing the full value of the gift as a charitable contribution in the itemized deductions on their Federal and State income taxes. The Temple has many large expenses coming up as our building is aging and much maintenance costs have been deferred. If any of our TBI family are looking to make lasting contributions, we have many ways to assist.